HX Effects accurately recreates the behavior of even the most idiosyncratic vintage effects by modeling their individual components. For example, the Transtronic process emulates the unique behavior of multiple germanium and silicon components, making it possible to authentically recreate fuzz, distortion, and other pedals once considered too persnickety to convincingly model; and the Throbber is a 'virtual lightbulb' that mimics the decidedly nonlinear behavior of the small incandescent bulb and four photocells inside the original Shin-ei Uni-Vibe pedals that are essential to their unique sound and vibe. HX Effects also lets you load HX Effects also lets you load third-party speaker cabinet impulse responses (IRs) for stage/FOH routings and acoustic guitar body resonance.

HX Effects is easily integrated into existing pedalboard and studio rigs thanks to robust routing and control options, including parallel stereo signal paths, two assignable effects loops (stereo linkable), two expression pedal inputs, and up to four amp switching outputs. A switchable line-level input enables keyboardists, DJs, and producers to connect electronic instruments or use HX Effects as an outboard processor in the studio. Like Helix multi-effects processors, HX Effects can act as the command center for your entire rig. Communicate with other pedals or your DAW software via MIDI DIN or USB MIDI, and control your amps via two dual TRS switch outputs—all from HX Effects.

HX Effects is equipped with eight capacitive-sensing footswitches with color-coded LED rings, and six LED scribble strips that facilitate fast and intuitive effects selection and editing. Simply touch a footswitch with your finger to instantly jump to any effect, quickly adjust a parameter, or assign controllers. Touch two switches to swap them. Touch-hold a switch to display parameters across the LCDs and see everything at once. 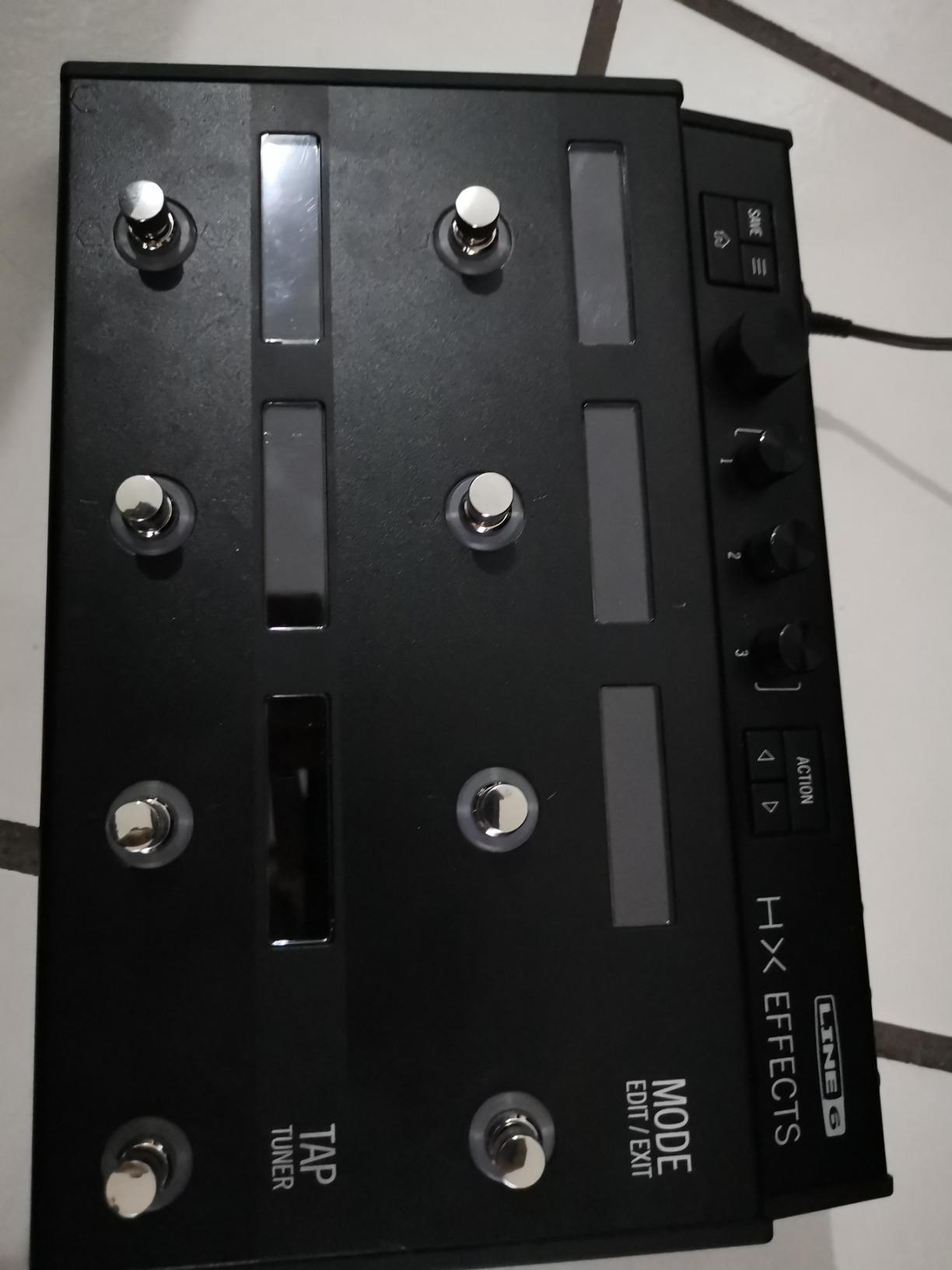 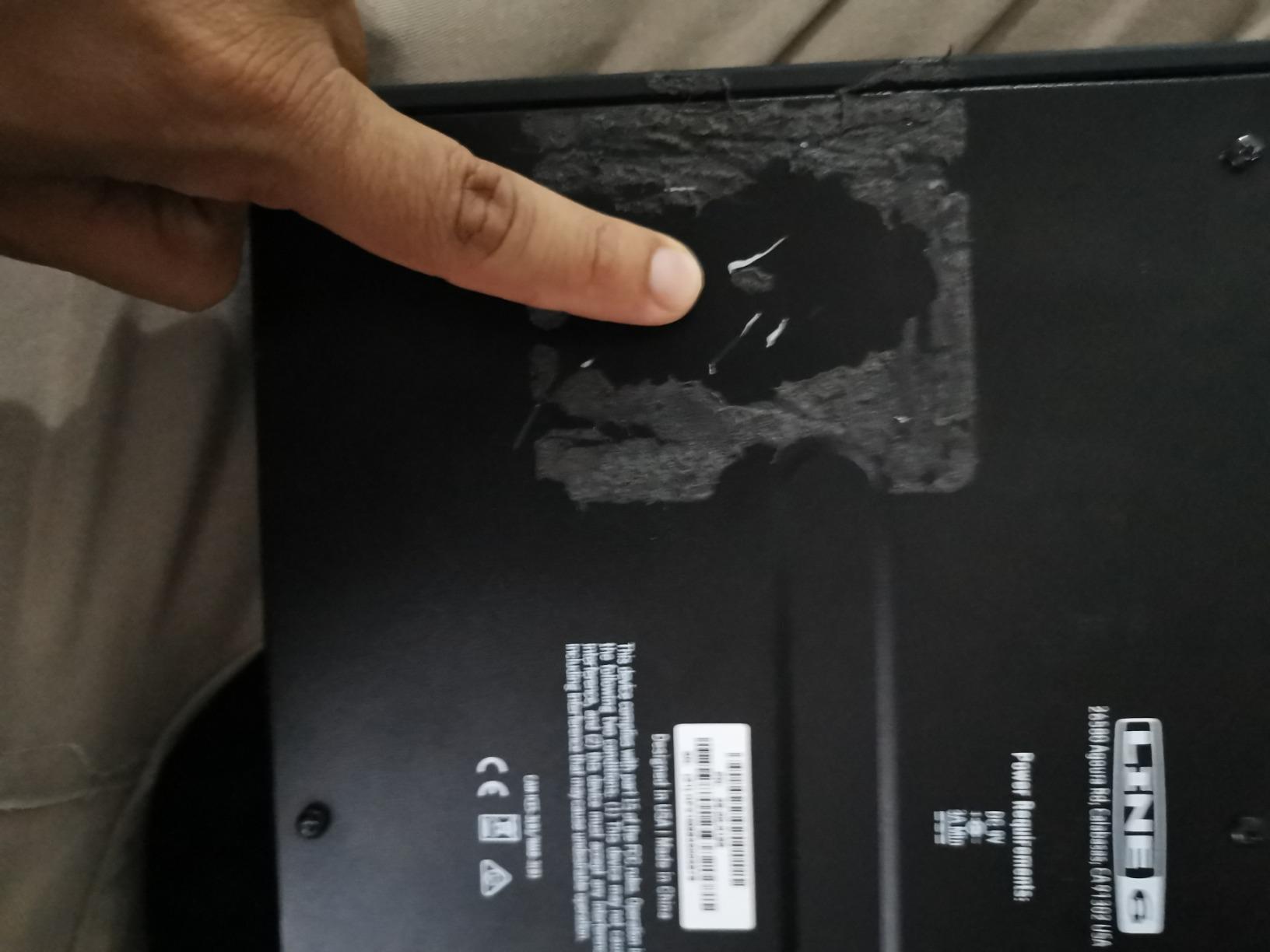 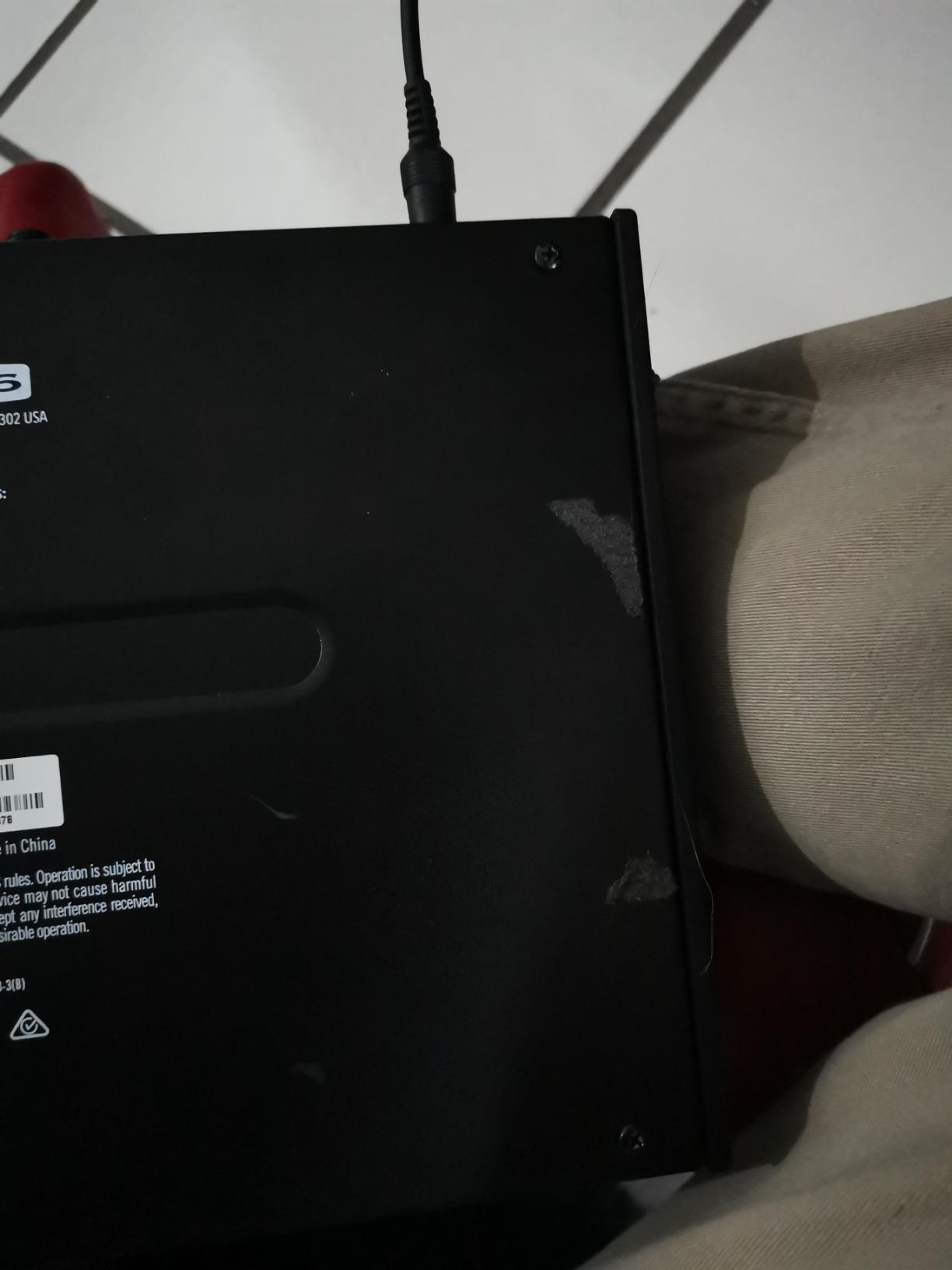 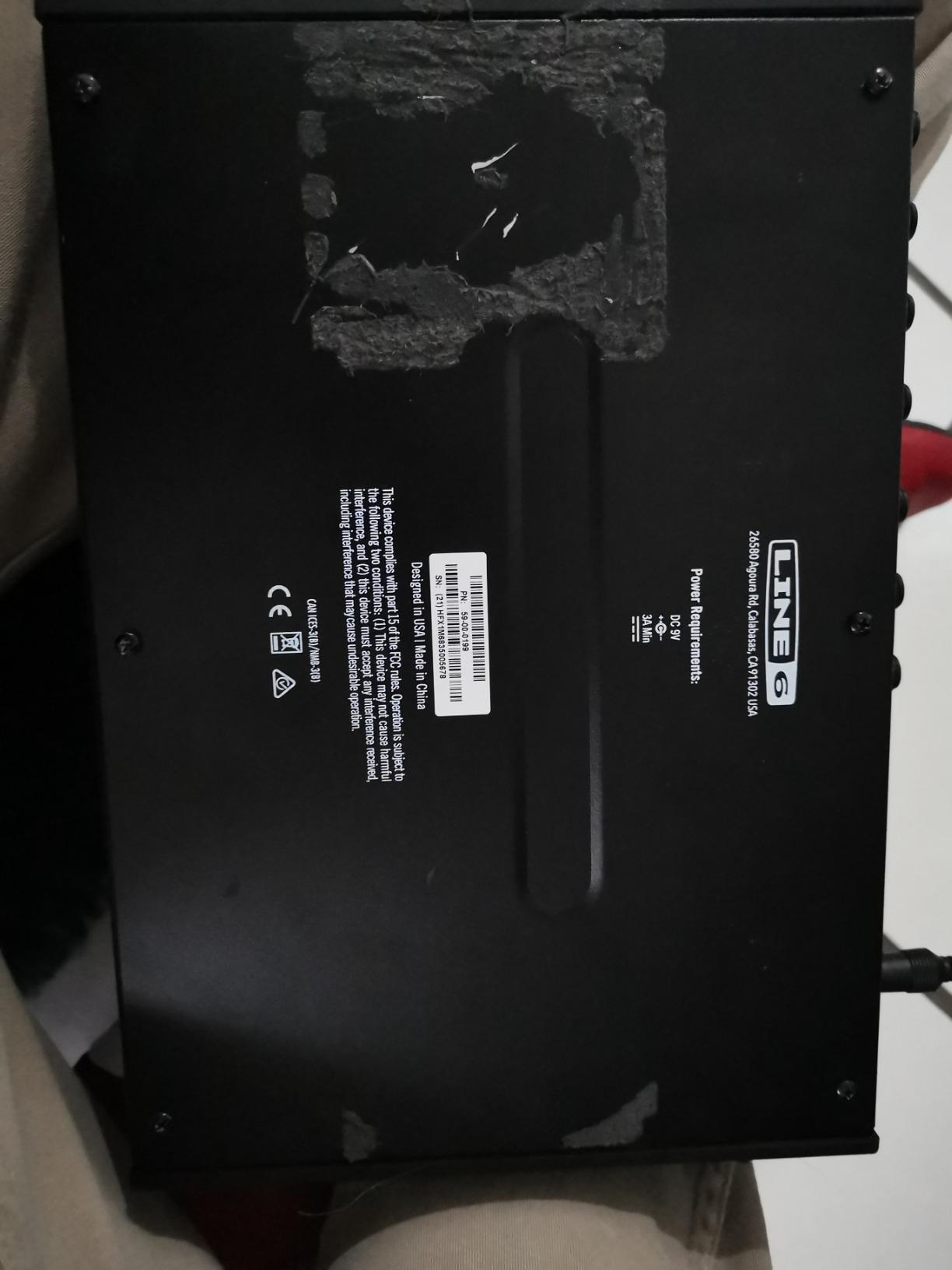 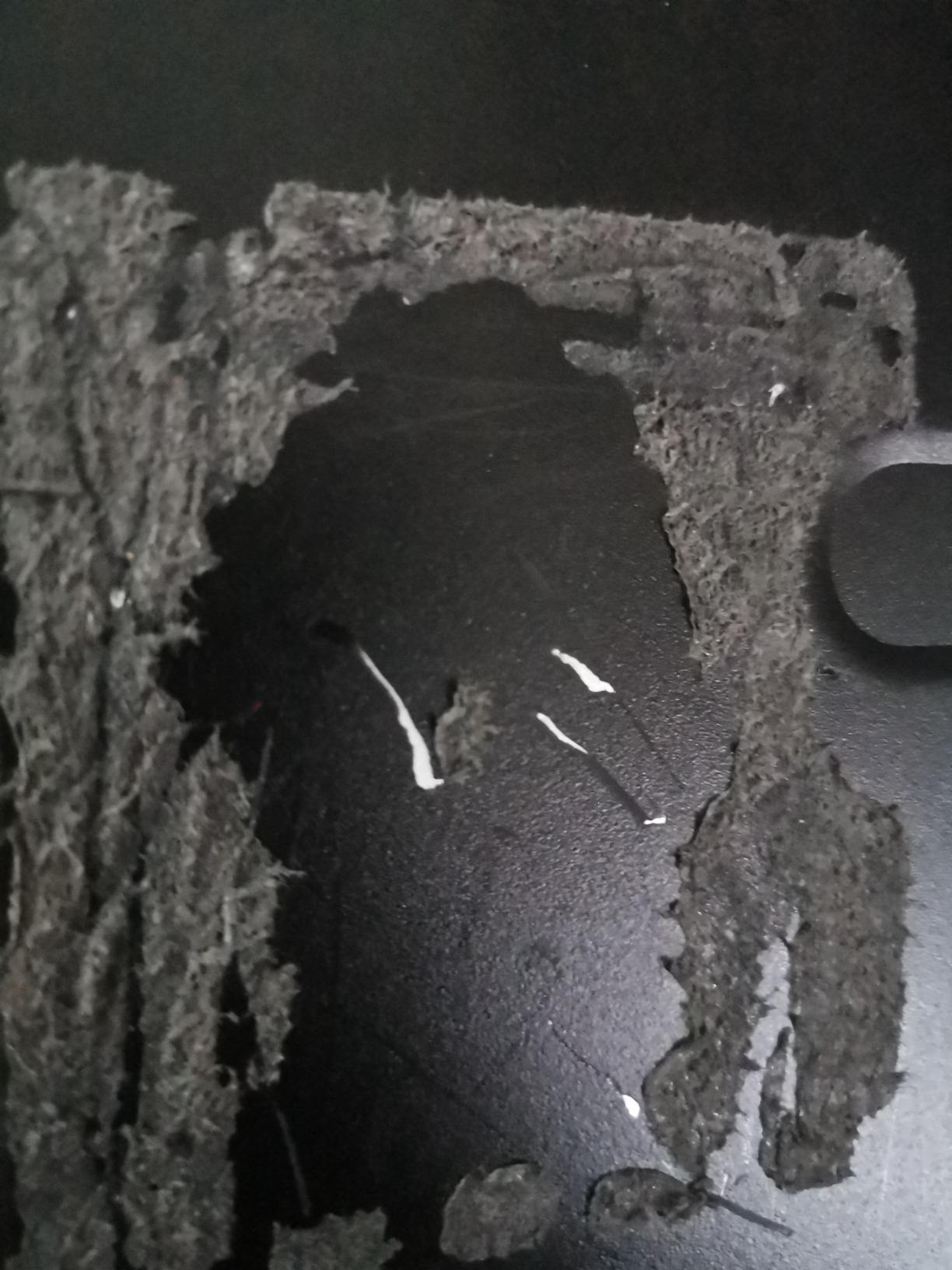 Paul Evans
5.0 de 5 estrellas It is Line 6, but the new Gen of Line6 so, welcome!
Reseñado en los Estados Unidos el 18 de octubre de 2018
Compra verificada
I used to be a Line6 user a while ago, but as many others, couldn't get convinced on the sounds getting from their units (POD, Toneport, Firehawk), some people loved and still use these units, but a common consensus is in the Drives (OD/Distortion) side. Delays, Reverbs have been for a while easy to get warm/good sounds from digital devices, but Drives are the issue.

So let me share to you that this unit /generation (Helix, Helix Lt, HX Effects, HX Stomp & their Rack and Native versions) are quite in a different league, and the Drives do work very well. PArticularly the Minotaur (Klon) & the Teemah (Paul Cochrane's Timmy). Now you can boost and drive your amp with a nice crunch tone and sound degradation, not that fizzy-signal dying we (or at least I) used to listen on old digital units.

Of course, if you are into more heavy gain use, it is somehow easier to get a full sound, but when you try to get a just crunched amp, with that somehow transparent driven sound it gets quite harder with old digital drives. Now it's all good.

It's relevant to understand that this unit ios for those who have an Amp they love (Tubes, SS, Emulation, don't care) and the HXFX is the unit to have your ceffects and even control some features of your amp (if applicable).

In summary, I have several analog pedals (RC Booster, Wampler Dual Fusion, TC Flashback, Keeley Monterrey), and haven't A/B'd with the HXFX, but I was able to dial a good sound without any hassles and time. Now it's as real as tweaking pedal knobs (but, for instance, it's great being able to adjust volume on a wah, which in real life it's not possible), and the great feature that is changing pedal orders just with a drag & drop (HX Edit) or just two knobs. With my pedalboard in order to experiment (not all wahs work well as first in an FX Chain, try it with a fuzz and see the struggle) .

So, if I sell my 8 pedals, I can get more than what I paid for the HX Effects, but I have all effects in there. It's a good trade, and if you are more puritan, you can use your favorite pedals in the FX Loop. It's a nice little nifty unit that had solved the following issues: Portability, weight, programming, less noise (try to use a whammy or an EHX picthfork and get the über frequencies), when you power up there are no *pops*, neither when you press a switch, impossible to mess settings on knobs when you are transporting and handling. It's a good tradeoff, imho.

Best is that every update you can expect a better working environment & functionality, but the plus are the new pedals they include (and amps & cabs for the Helix series).

So, you have the amp you love and wanna keep it simple or complement your pedalboard with all dem pedals, Go for it.
Leer más
A 15 personas les resultó útil
Informar de un abuso
Traducir opinión al idioma Español

manufacturer should ship with a paper manual, they do';t, the manual on their website ( I found) has an earlier firmware version so unsure if it is accurate ( Line6 completely depends on the user having internet access and speed- AND their servers working at the same time
user posts on youtube help

If I don't get this sorted by the weekend, it's going back
because the servers won't link to the updater app

turns out this is an issue with MAC OS 10.11
I don't want to change my OS because everything works